Our first adventure with acrylic wasn't too impressive, but we did end with a really cool pickguard for our replica of Eddie's guitar from Stranger Things 4.

We built our Bigtime Basement Build CNC for one purpose - make a guitar.   Originally it was an acoustic guitar.  We then recognized it's easier to make an electric - and then - Stranger Things 4 came out.  That sealed it.  We are now targeting Eddie's guitar that he rocked out on Metallic with. 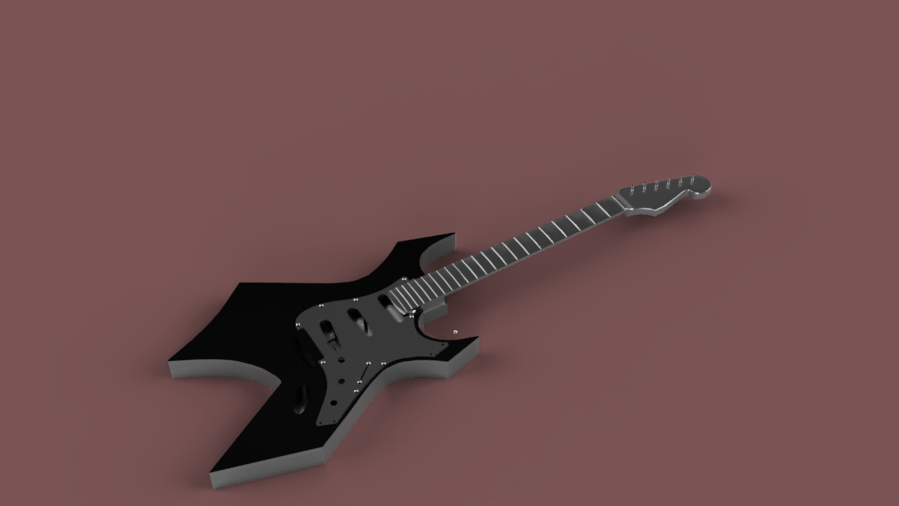 So, we found a model of a Fender Stratocaster.  Connor found a picture of the guitar.  With Fusion 360, Connor was able to sketch out the shape and we fused the critical geometry of the pickups and neck landing of the Stratocaster with the body shape of Eddie's guitar.  We didn't have a great pickguard photo for reference, so we customized our own. 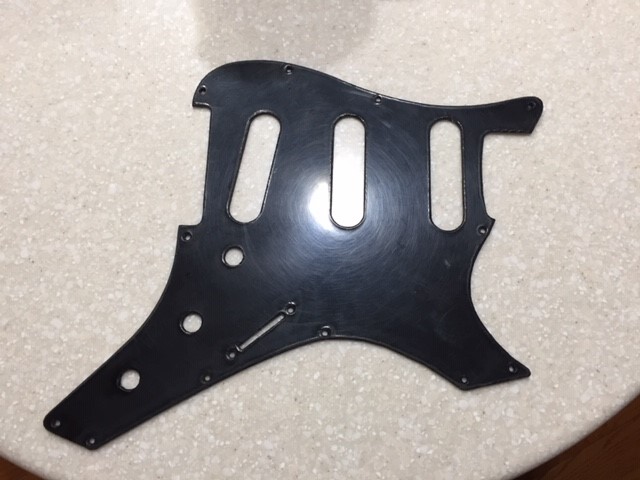 This was the first time we laser'd acrylic.  I must say, it was a comedy of errors.  I was so eager to get it going, I didn't even pay attention to the speed setting. So, we did something like 6 passes before we gave up.  We were barely etching it.

We then slowed it down to see if we could cut in one pass, but it had a tendency to melt and fuse back together and we'd break it trying to get it apart.  It took 4 attempts, but we finally got one pictured above.  The edges were a jagged micro melted mess and the sheen had heat effected zones around the laser cuts.

The good news - sanding and then polishing with rubbing compound took out the ugly.  It took great care because the prior attempts proved that the acrylic became embrittled from the heat. 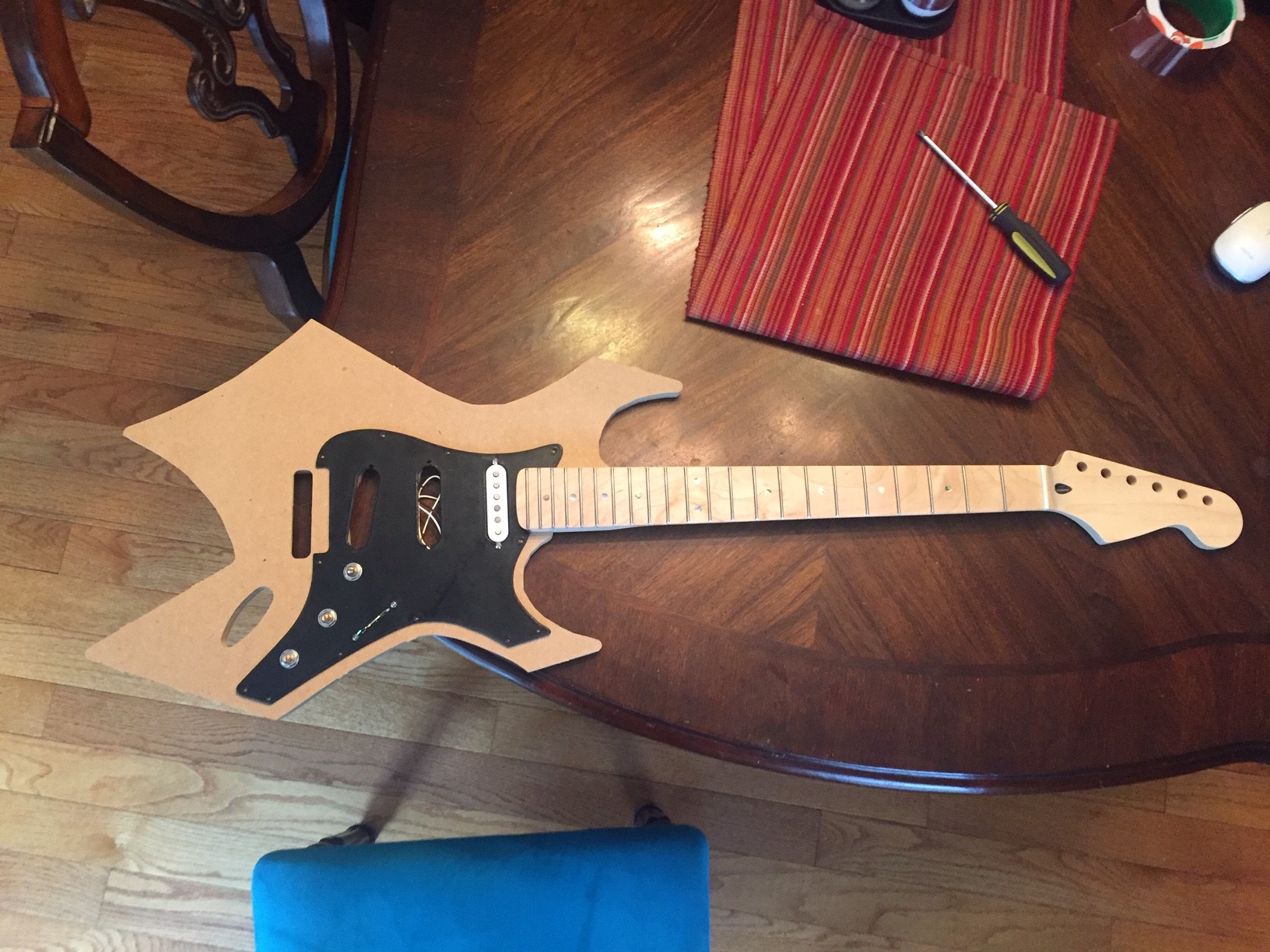 If I had any more material, I'd try just milling it out to compare the speed and quality overall.  Regardless, we are happy with it and are now ready to carve the body.

Researching after we did this we found the reason for the jagged edge is due to the high air flow our laser provides.  We need to add a Potentiometer to the fan so we can dial it down to just enough to blow out the fume flame and create a high gloss.  Here is an exerpt:

-How To Laser Cut Acrylic

To further dial in 3mm glossy Acrylic, we ran an experiment.  We lasered lines at max power starting at 1000mm/min and dropping down incrementally in speed.  We gave it 10 passes.  The intent was to find the power combo that gave the best overall quality.

We found 10 passes at 700 mm/min gave full penetration with the least side burn.  We may have been able to do less passes, but didn't want to stop the test.

Here is the GCODE we used:

Have a question?
Thanks for asking! Come back soon to see the response.
Back to Home